A duel but of another type

You are here:
By membersInnovationOur theory 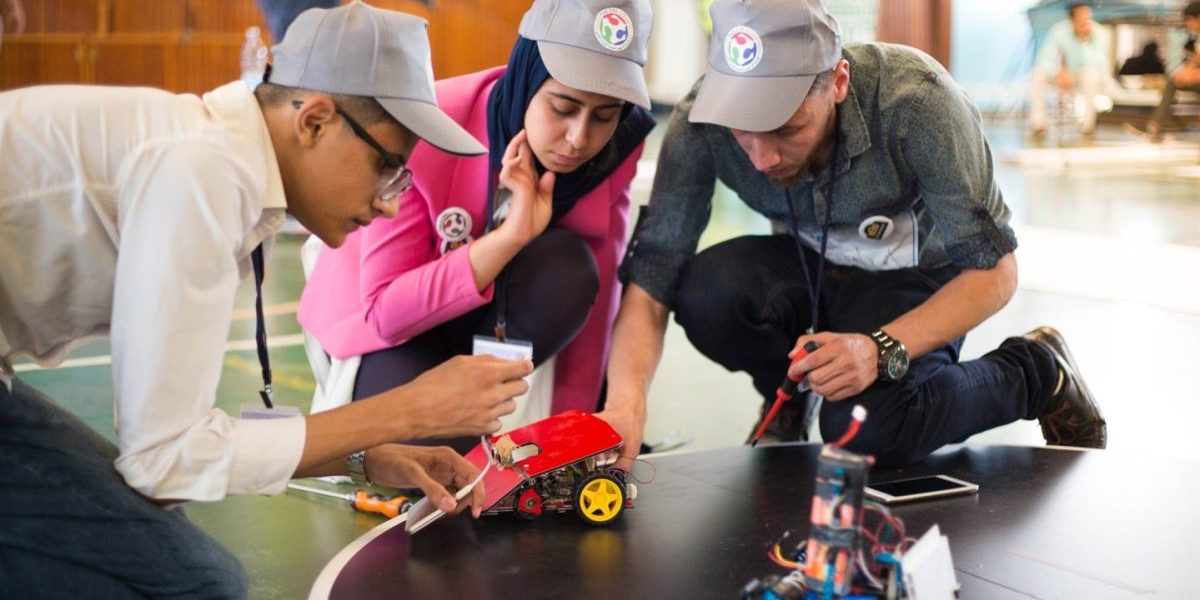 Uh, when I started this series of blogs about some of our experiences in Hexa Connection for it’s its sixth anniversary, it originally began to a belief that the majority of our decisions and actions are in one way or another linked to our subconscious, our aspirations and dreams at a young age. Decisions that I did not realize what their background was but today I began to recognize the underlying reason to them.

Back when I was young and an individual who counts as a millennium or as some would like to acknowledge us as Spacetoon Generation, I spent a good time watching television, especially Al-Jazeera Channel for kids – recently known as Jeem – because of the various messages and interactive programs.

Conveying a new movement of young people in the region, News on robots and programming contests and various competitions, and news that though I was happy for them they still made me sad forever since I was young I was into Lego world and had passion for technology, it was a dream of mine to be part of such contests.

Since Hexa Connection first was out into the world, spreading the culture of innovation among young people has been the root of the organization’s vision, overcoming difficulties and banishing stereotypes about the complexity of technology, in order to convey a clear message that we all can be part of this world, all it takes for a one s to have the will to learn, know the basics and practice what you learn, and for that robots had the lion’s share in our program.

The goal was to create different national challenges, where young look for a solution to these challenges, seeking to implement it in innovative ways within the conditions of the challenge. Holding different pieces of training and international occasions and focus on the new technology in our field of various sessions, workshops for the public, for students and undergraduates, trips and school visits, hours of programming and robots was the tactic followed for making these challenges happen. There was a lot of honest effort and volunteers over the years, participation and international training continued until the foundations were guaranteed to be ready for the next stage.

The title may be too classic, a championship that is international? Anyone who wanted to do something here in Libya attached it to “national” or “Libya” and this was a first of it’s kind here. Our championship was national by all means of “national”. With over hundreds of participants of all ages came from hundreds of miles to join their peers whom they share the same passion for robots with. It was first of its kind, opened to everyone and all types of technologies, with standards inspired by our partners in the region and implemented by our team, in our largest projects since Hexa was born six years ago. A championship wouldn’t have seen the light without our partners who believed in the idea since the start and risked a lot for it.

Hamed Huni – the godfather of the championship and our ambassador to the Arab Society for Robots – Hassan Saad, project official who did not waste a moment of his time, completely dedicated to the task since receiving it until its satisfying success.

Even though the second edition of the championship was delayed _out of our power_ it will return with the determination of the team and our belief in our partners to provide the perfect environment for innovation and creativity for the young in Libya.

This blog was part of a series of blogs, I am trying to express the main milestones of our work at Hexa Connection, on the occasion of its sixth anniversary.
Hexa Connection – Technology for a Better Society.
Once, forever.