You are here:
By members 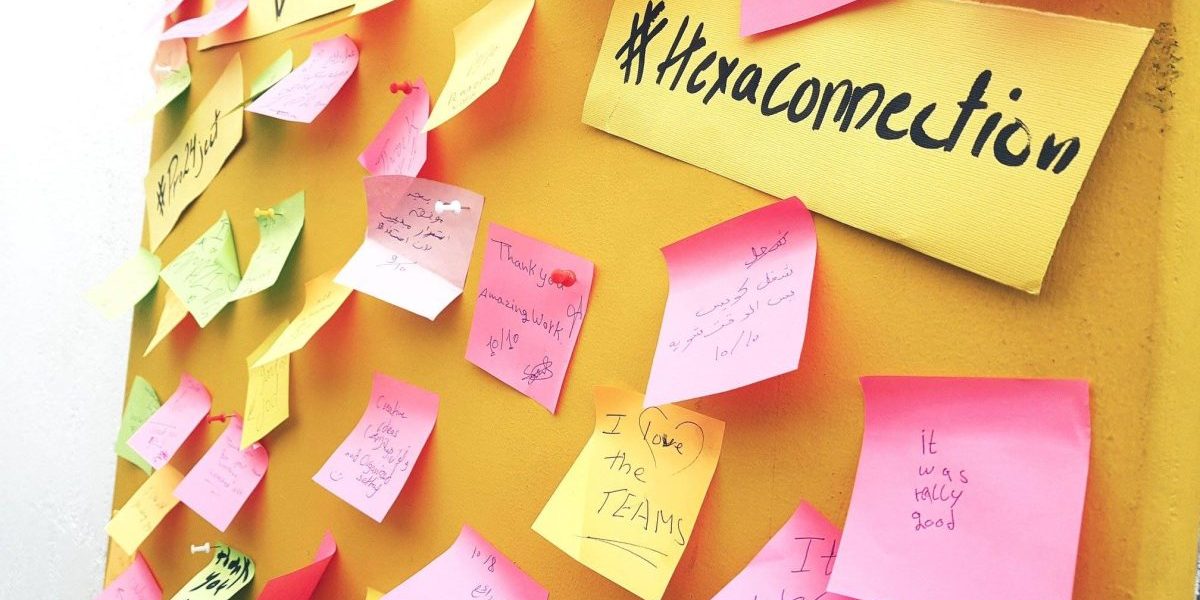 Like any other usual morning and while I was surfing the internet for news from around our mother planet of earth I stopped at a friend’s and coworker’s blog about his journey since we started little and grew up to get to where we are today, his journey with what was once a mere thought a dream, what we called then -and today- Hexa Connection. It is more than a network of people.

Following his steps, and out of my passion for writing, I decided to write individual blogs about these six years as an attempt to archive some of the highlight moments of history with Hexa Connection. A way to share some of the lessons and the mistakes, a lot of them. Because six years of time is nothing compared to six years of our lives do, they matter. So thanks to Wissam for encouraging me and giving me another reason to write.

Man is inherently in search for reason, always looking for answers, wondering why? It was the common question among all those interviewed in Libya and abroad, why Hexa Connection? Why the Hexa Community? The answer may vary from one member to another, but they all share a solid analytical base: in the absence of Libyans from the field of technology, not keeping up with its progress and various tools. The world of robotics, programming. An absence that had us not in the bottom of the ship but not on where close to it. So the purpose was to blend technology with the general culture of Libyan society, formatting small communities to embrace the technology enthusiasts, work to refine them, to create the society that we aspire. With “technology for a better society” our motto.

As the geeks that we are, well to some extent, we suffered a lot when people were underestimating the importance of our major. The computer engineering department at the University of Tripoli was the main incubator and Hexa Connection came as a result of that suffrage. It’s where the idea was to organize an introductory event in the department and on the available specializations, about the fields of work, where we invited several companies as a way to provide job opportunities for the students of the department. The meetings were held in the exact approach that was pursued by the Students Union when we began to seek a more independent entity to adopt the project that once began with a simple idea mainly to serve the department and the students but now it has taken us to Libya and its various societies. Hexa Connection was a clear and well-planned idea and _or so we thought_ after endless meetings that we liked to call Casa, or according to what one of us preferred to name it ” Sabah escallop Djafa” or “the morning of escallop Djafa”, in Casa Café, Tripoli, Assa’ah Square, on October 23, 2013.

Talking about technology and the solutions it has to offer to us for the various issues we face in our everyday lives was some kind of a luxury. As if you were talking about owning gold arches in the middle of a desert that suffers from water shortage. The second part of the Libyan civil war was about to start and everyone is waiting for the next stage, so don’t try to talk to me about technology. The list of priorities, is unfortunately always one, here. However, we believed that technology had long-term, easy-to-apply, can be measured, transparent solutions that would contribute significantly to the progress of this land and its people, and that’s what has always motivated us to move forward with Hexa Connection.

And so Al-Hasnawi was in the front row and I am on his right Al-Zarquani follows, asking our colleagues and those we thought might be interested in our cause. The department first and then comes the localization of technology. And so Lamia answered our cry, and then followed Ali, Ayman, Al-Mahjoubi and the others. And after battles and battles with the bureaucracy, Hexa Connection became an official registry as a non-profit organization, on March 19, 2014, under the name of Hexa Community Technology Organization and later on as it is today in the 2016 edition, for technological development.

We had our first battle with the competent body to publicize the institutions of civil society. Apparently, the name was a problem, “why Hexa?”. There is no place for non-Arabic and Libyan _to some extent_ here. But how do we convince them that Hexa isn’t far from Libya? Hexa comes from Hexa Decimal, from which the digital system we use in the middle stages of computer science. It makes it easy to deal with the machine’s language as in the ones and zeroes. The fact that we are the mediators between what the commoner and the society think complicated.

At the time, the term “entrepreneurship” was new to the Libyan society _me included. Wide and difficult to explain, but it was one of the most important axes of our work, starting from when I’m taught fishing, what should I do next? Soon enough startup companies were launched into our society helping entrepreneurs find their way with the smallest resources and a high growth curve, so that, after acquiring knowledge and skills, they could put them for their independence away from the myth of governmental job opportunities.

Technology, innovation, entrepreneurship and others that fall under the employment of these axes were the headline of six years of hard work, fights, success and frustration a lot of it, to create Hexa Connection the scene, society and communities within it, believed in the idea and set off into the horizon of this land carrying the common vision. Seeking to harness technology for a better society.

Six years have passed, dozens of members, volunteers, projects. Over 50,000 beneficiaries. Thank you all for being part of this achievement.
Hexa Connection – Technology for a Better Society.
Once, forever.